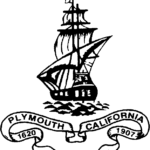 To qualify for Mayflower Society membership, you need a proven lineage from a Mayflower passenger and approval from the Mayflower Society Historian General. Anyone who arrived in Plymouth as a passenger on the 1620 Mayflower is considered a Pilgrim. It makes no difference what their original purpose was for making the voyage.

Learn How to Apply for Membership

Passengers Known to Have Left Descendants

*   Includes descent from a wife or child on the Mayflower
**  Includes children by her first husband
*** Died the first winter; family never came to Plymouth; descendants in The Netherlands